From Conventional to Crypto 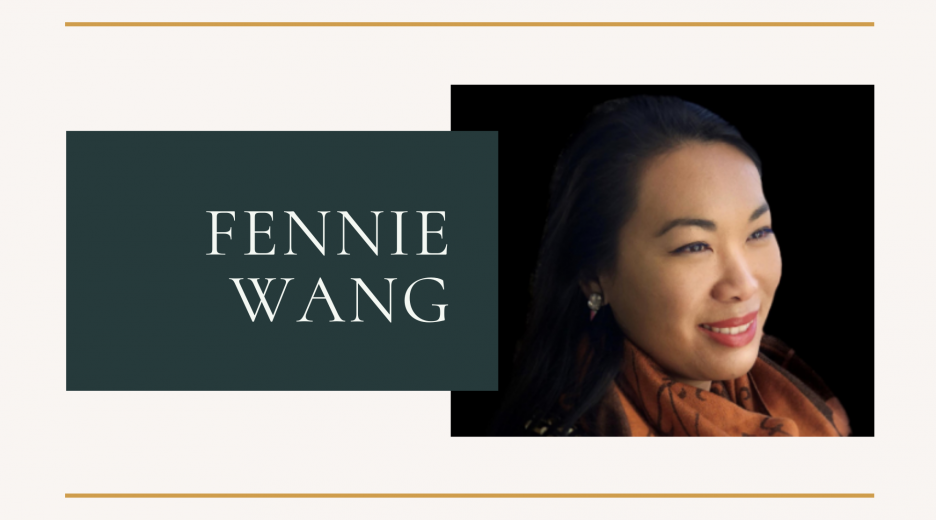 Fennie Wang's family immigrated to the US in the 1980s, her parents in one of the first waves of Chinese students able to study in America. Like many immigrant children, her upbringing led her down a conventional path. She started her career in finance just in time to watch it take a deep plunge during the financial recession. She made a pivot into another traditional field, law, but after several years realized that she might have to take the risk to get to a career that truly realized both her creative and analytic talents. She landed at the intersection of finance, law, and technology, and has been one in a small group of women navigating the male-dominated industries of cryptocurrency and blockchain. Her story shares with us how to take risks to follow your true strengths, how to be a 5'2" powerhouse, and what it means to pave your own path and communicate your "out-of-box" career with confidence. Check out her story below.

JF: How has being an immigrant in the U.S. impacted your career trajectory?

Fennie Wang: My family immigrated from China in the 1980s, which was the first time the country had opened up to the world after decades of seclusion under Mao. My parents were able to finally attend university, and they were one of the first waves of Chinese students who were able to come to the U.S. for graduate studies. This immigrant history has had a deep influence on my career. It taught me hard work, but it also made me incredibly risk-averse.

I chose very traditional and conventional career paths, starting my career on Wall Street, as a research analyst at JPMorgan, then going to Columbia Law School and practicing law at big law firms. But, I realized I wasn't happy and that my talents required a different kind of career path that allowed me to be both creative and analytical, which also needed me to take risks. I had to let go of the conventional career path, which can be very scary.

There's a part of you, as an immigrant, that thinks, if I let go of this well-paying and prestigious job for the unknown, I'll never have a paycheck again, I won't be able to keep a roof over my head, and a lot of sacrifice on the part of my family will be for naught. Those are deep-rooted fears that I had to address head-on and fundamentally change my mindset. I realized that I had a lot to be grateful for: to be in a position to take risks, with my skills, resume, and educational background to fall back on. Discovering your calling, your vocation, your metier is part of your growth and actualization as a human being. The alternative to not taking risks is fatal. It's only your life at stake.

"Wall Street, in some ways, is the most transparent. You know exactly what the game is and how people want it to be played."

JF: What has your experience as a WOC been like in the male-dominated industries of tech, law, finance, and startups?

FW: Wall Street, in some ways, is the most transparent. You know exactly what the game is and how people want it to be played. If you are lucky enough to be in a "P&L" role (a business that generates profits or loss), Wall Street can be an oddly egalitarian place, as it is harder to justify paying someone less or not promoting someone when there are more objective measures of success (unfortunately, the success measure is pretty reductive if it's solely based on money, and issues with Wall Street compensation creating moral hazards).

I think tech, especially in an emergent field like crypto/blockchain, is amongst the worst experiences. The gender and diversity numbers in crypto are absolutely dismal and worse than what I experienced working with a trading desk on Wall Street. I remember interviewing with a startup in San Francisco, where the founder said that I was a fancy lawyer who probably wouldn't be used to startup life, which required a lot of "blocking and tackling." I am 5'2" and petite, and sure this founder would not have made the same comment to a man who is 6'2".

The problem with tech is that there is a lot of virtue signaling about gender and diversity parity, but little real action. Women will often get passed over for positions based on factors like "experience" when I see plenty of men with zero prior experience in managerial positions. The signaling of those roles has huge impacts on someone's career prospects. On the flip side, I also see plenty of women installed in "ceremonial" positions so that the startup can say they have women in leadership, but those positions have no actual power.

In emergent fields like tech/crypto, everything is a bit of a power grab, so you do not have enough senior mentors who are comfortable in their positions/careers who can help bring up talented WOC.

JF: You went to school for Business, at Berkeley, and for law, at Columbia. What was the most surprising part of your educational experience? 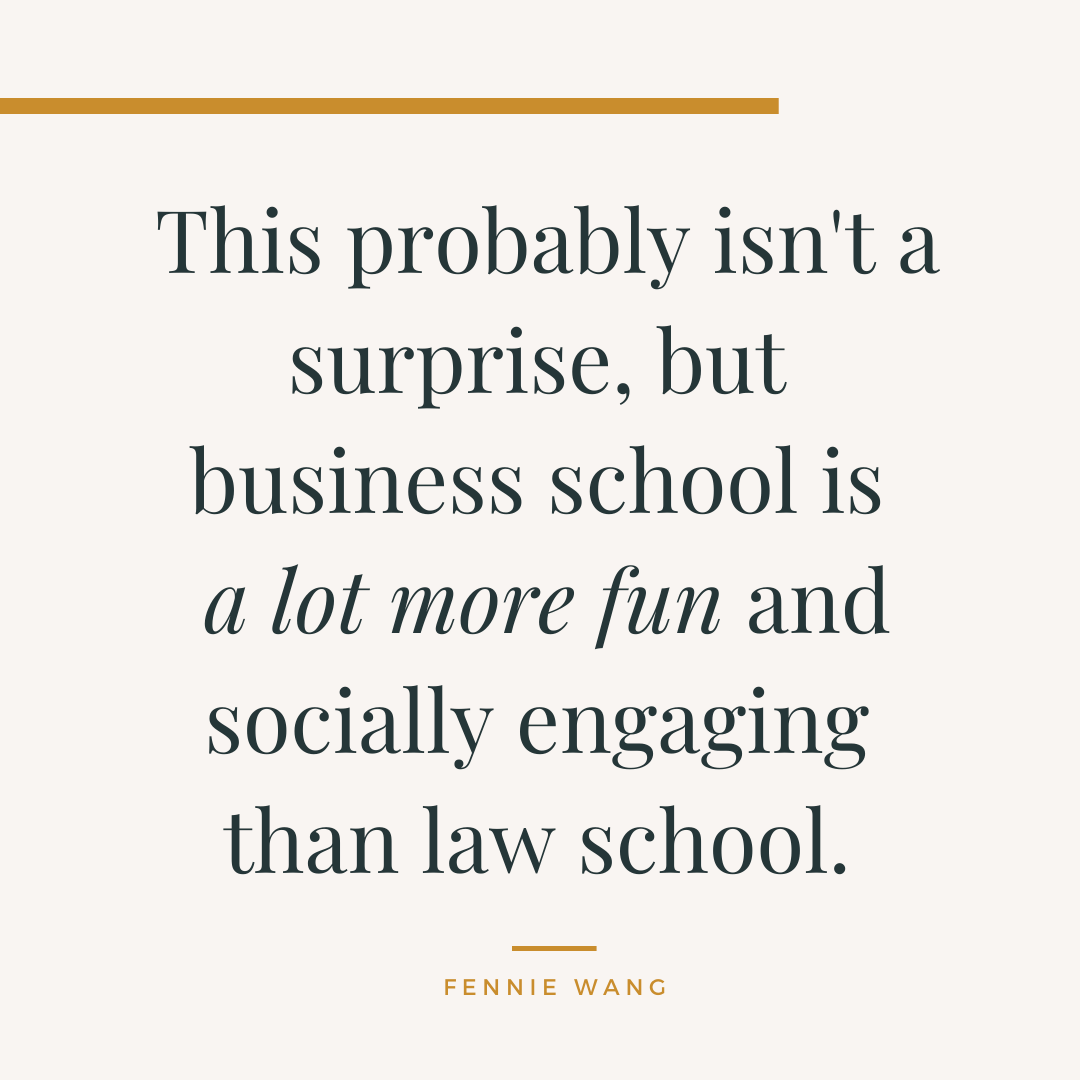 JF: How did working in finance during the financial meltdown impact you and your career trajectory?

FW: I think the financial crisis was the official death of the apprenticeship model for long-term career development. Right now, we are in a very sad state with respect to our relationship with work, colleagues, and career. The social contract between employees and the company, the company with society, has been broken. In the old professions such as banking and law, these used to be apprenticeship models, where young professionals were mentored by senior management, really learning the craft, developing client relationships, and building the firm. Wall Street had been moving away from that since the 1980s, and the financial crisis was the final nail in the coffin.

"The social contract between employees and the company, the company with society, has been broken."

JF: After the financial crisis, you decided to go back to education to practice law. What led you to law school, and was it what you expected it to be?

FW: I wanted to study law in college before going to work on Wall Street and given all the regulations post-Dodd-Frank, I thought it would be wise to understand the law and develop a broader skillset than I could gain going to business school for an MBA.

Unfortunately, law school was as expected––it was the most competitive year for law school admissions the year I got accepted to Columbia, and the class environment reflected that competitiveness. I was glad I was older with some very real-world experience. Some of my classmates had never experienced anything less than an A in their lives, and getting a B+ in law school was a threat to their identity and self-worth.

JF: What advice would you give to individuals who are considering law school today?

"Our civil rights are more at stake than ever. We have to defend those rights"

JF: In this moment of mass protests in our country, how have you been using your skills for good, and where do you see opportunities for other lawyers or organizations to step up more?

FW: Our civil rights are more at stake than ever. We have to defend those rights, and the U.S. still has one of the best and most independent judiciaries in the world (although we must defend our judiciary's independence tooth and nail).

My advice is that while we all want to be civil rights lawyers in times like these, there are many battles for justice we can fight using our existing skills within our existing domains, communities, and professions. If you fight corporate fraud, that is as important as fighting for civil rights, so keep fighting that fight. If you can right a wrong for a client in a civil dispute, irrespective of the nature of the dispute, those are all equally important in ensuring that we have a system that gives everyone a fair chance for justice.

JF: Your career has been perceived as "outside of the box" in many ways, how have you learned how to navigate that perception, especially in a competitive job market?

JF: In 2015, you started to explore the cryptocurrency and blockchain industry for your next career move, what's changed between then and now?

FW: The crypto industry has become more mainstream and is undoubtedly pushing government thinking around regulation and more importantly, what does it mean to have a digital currency and financial applications that displace one set of intermediaries and problems only to create new ones that are often much worse. We are still a long way from mainstream adoption and building this industry to serve real needs, real problems. What I think will be a fundamentally important issue in the next 10-30 years is the advent of government-issued digital currencies that function as digital equivalents of cash. How we design our money has profound implications for financial inclusion, economic opportunity, and income equality.

JF: At Fink Development, we're big believers in the serendipity of connection, what's the most surprising connection you've made in your career?

FW: I have to give a big shout out to Professor Chris Brummer of Georgetown Law School, who has been my champion, getting me on his podcast, and inviting me to participate as a panelist on a program about digital currency at the Brookings Institute.

JF: Who are you most interested in connecting with, in the coming year?

FW: I am interested in connecting with anyone genuinely interested in doing things right, trying to build something actually useful for the long-term, something that can meet the moment in a way that is sustainable and equitable. 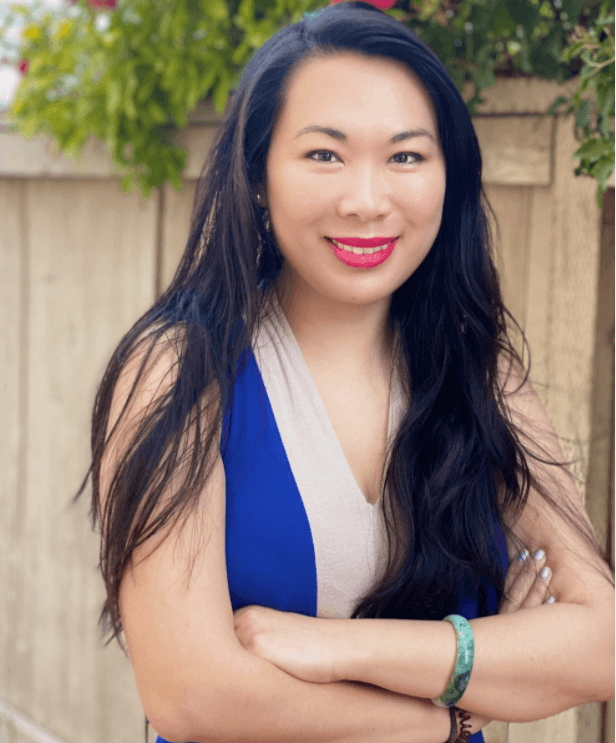 Fennie Wang is a lawyer turned entrepreneur in the blockchain field, where she's worked on a diverse portfolio of projects ranging from stablecoins, decentralized finance, community currencies, and digital identity. She is involved in legal advocacy for the emergent token economy, as a blockchain advisor to New York State Assemblyman Ron Kim and as a contributing author to the United Nations Development Programme initiative “Migrant Nation.” She is a published author on digital identity in the peer-reviewed academic journal, Frontiers in Blockchain, as well as a contributing author to the book “Financial Services Revolution” (2020). She is currently working on a number of projects, including developing a governance risk model to help screen whether a token may be classified as a security or a commodity, and ensuring legal compliance for novel uses of cryptocurrencies for financial inclusion in Kenya.

Prior to tech, she practiced securities enforcement and international capital markets in New York and London. She started her career as a high yield research analyst at JPMorgan. In between Wall Street and law school, she founded a legal services non-profit in Uganda. She holds a law degree from Columbia University, where she was a Harlan Fiske Stone Scholar, and undergraduate degrees in business and legal studies from the University of California, Berkeley, with high honors.